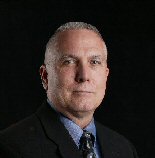 Dr. DeYoung teaches graduate courses related to business and management. I reside in the mountains of northwest Georgia with my wife of 37 years, following my retirement from The Broward County Sheriff’s Office in Fort Lauderdale, Florida. I am the founder of Forensic Recovery, LLC, an organization created to serve the legal and corporate communities in electronic evidence discovery and expert testimony. I earned a Master of Science in Management from St. Thomas University in Miami Gardens, Florida and a PhD in Leadership from Lynn University in Boca Raton, Florida.

A single dominant theme emerged when analyzing the similarities and differences among the groups: The duration of expected coping dependent upon the likelihood of resolution. Parents of abducted, long-term missing children associated effective coping strategies as those devised to sustain the parental survivor through long-term circumstances. In contrast, parents of murdered children, who had acquired resolution, responded with coping mechanisms to deal directly with the loss.

The analysis identified that both groups suffered comparable bereavement symptoms, and utilized similar coping strategies, during times of ambiguous loss. The two groups mirrored each other emotionally until the time that parents of murdered children attained the first stage of resolution: clarification of the ambiguous loss through outcome determination. At this point, parents of murdered children were then able to embark on the different emotional and physiological track toward the identifiable stages of resolution.