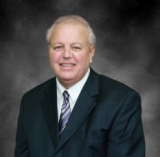 Michael F. Peters, Ph.D. is a professor and Chair of Healthcare Management in the MBA Program at Baker College in Flint, Michigan.  He has been employed in healthcare, administration, and higher education for approximately 30 years. His credentials include a Ph.D. in Higher Education and an MBA in Healthcare Administration and Finance from the University of Toledo, and an MT(ASCP) registry.  He has published many articles in related fields and is the author of nine books.

The purpose of this study was to determine the capability of financial and staffing ratios to forecast fiscal distress among public community college districts and to identify the ratio, or combinations of ratios, which demonstrate the highest rate of prediction for the fiscal distress groups. The role of financial ratio analysis in the corporate sector, the healthcare sector, and in higher education provided the foundation for the selection of twenty-nine financial ratios drawn from the areas of liquidity, staffing and enrollment patterns, physical plant, operations, activity, and investment earnings which served as the independent variables. The dependent variables were presented as "forms" of fiscal distress and included (a) FTE enrollment distress, (b) mean salary for full-time faculty distress, and (c) current fund revenue distress.

The results of this research allowed specific conclusions to be made about the prediction of fiscal distress in the form of FTE enrollment distress, mean faculty salary distress, and current fund revenue distress exhibited by community college districts. Furthermore, the research supports the recommendations that a many-faceted analytical approach to monitor and evaluate the predictive significance of combinations of financial ratios is critical to the continued financial viability of public two-year colleges.