"Stringed instrument, any musical instrument that produces sound by the vibration of stretched strings, which may be made of vegetable fibre, metal, animal gut, silk, or artificial materials such as plastic or nylon. In nearly all stringed instruments the sound of the vibrating string is amplified by the use of a resonating chamber or soundboard. The string may be struck, plucked, rubbed (bowed), or, occasionally, blown (by the wind); in each case the effect is to displace the string from its normal position of rest and to cause it to vibrate in complex patterns." (Britannica) Some examples are: 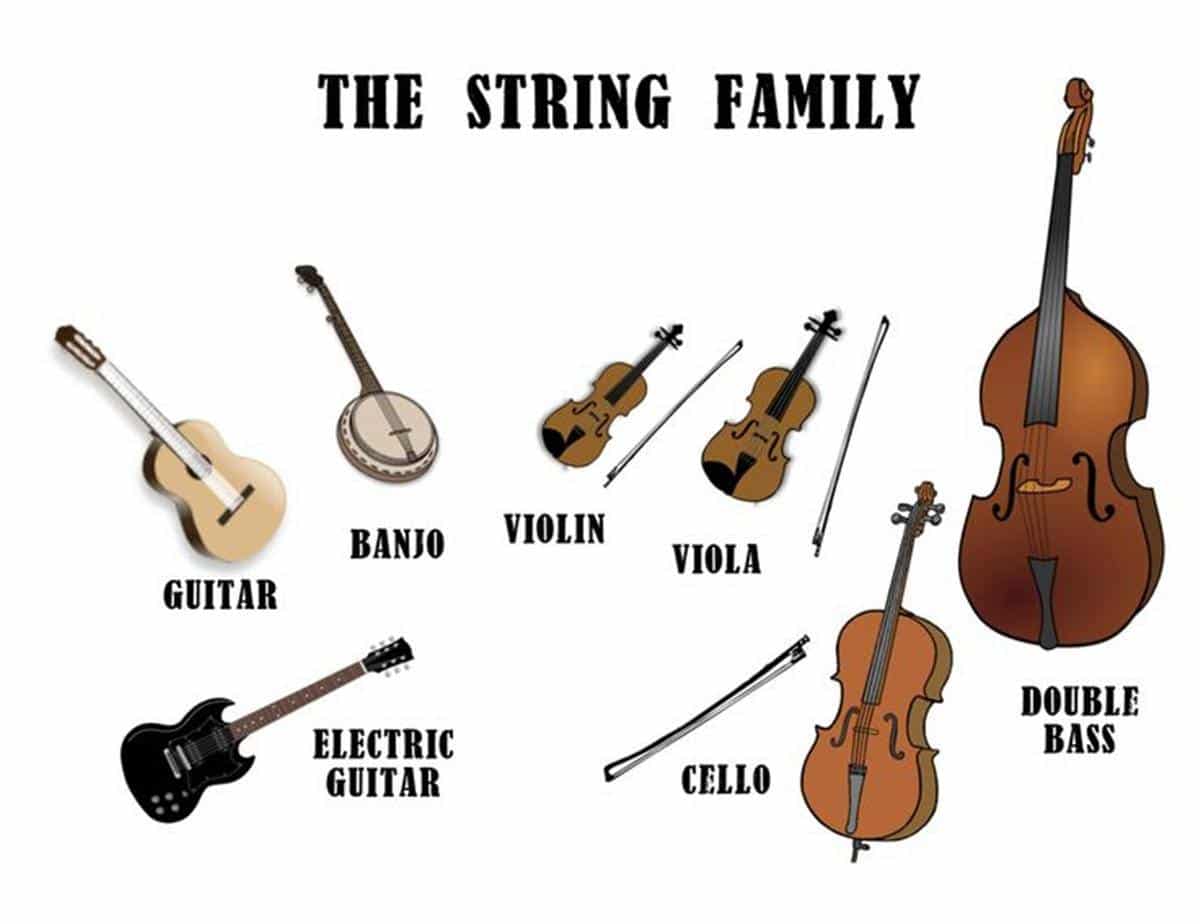 "Keyboard instrument, any musical instrument on which different notes can be sounded by pressing a series of keys, push buttons, or parallel levers. In nearly all cases in Western music the keys correspond to consecutive notes in the chromatic scale, and they run from the bass at the left to the treble at the right." (Britannica) Some examples include: 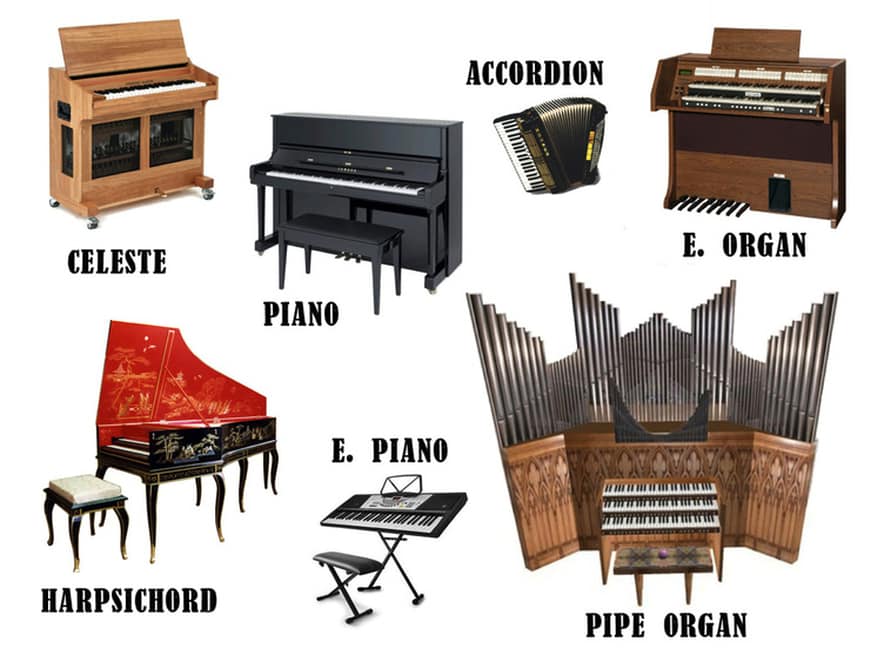 "Woodwind, any of a group of wind musical instruments, composed of the flutes and reed pipes (i.e., clarinet, oboe, bassoon, and saxophone). Both groups were traditionally made of wood, but now they may also be constructed of metal. Woodwinds are distinguished from other wind instruments by the manner in which the sound is produced. Unlike the trumpets or other instruments of the brass family, in which the airstream passes through the player’s vibrating lips directly into the air column, the flutes are sounded by directing a narrow stream of air against the edge of a hole in a cylindrical tube. With the reed pipes (e.g., clarinets and saxophones), a thin strip of flexible material, such as cane or metal, is placed against the opening of the mouthpiece, forcing the airstream to pass through the reed before it reaches the column of air that is to vibrate. In double-reed instruments (oboes and bassoons), two thicknesses of reeds are used." (Britannica) Some examples include: 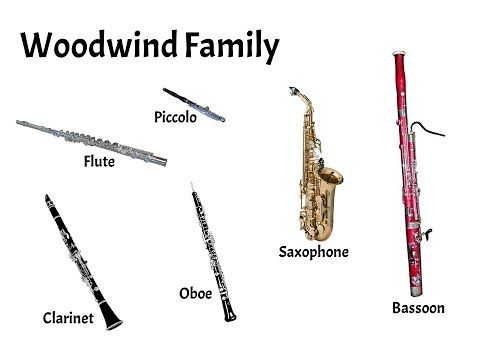 "Brass instrument, in music, any wind instrument—usually of brass or other metal but formerly of wood or horn—in which the vibration of the player’s lips against a cup- or funnel-shaped mouthpiece causes the initial vibration of an air column. A more precise term is lip-vibrated instrument. Ethnologists frequently refer to any instrument of this class as a trumpet; but when they are made of or derived from animal horns, they are also often known as horns." (Britannica) Some examples include: 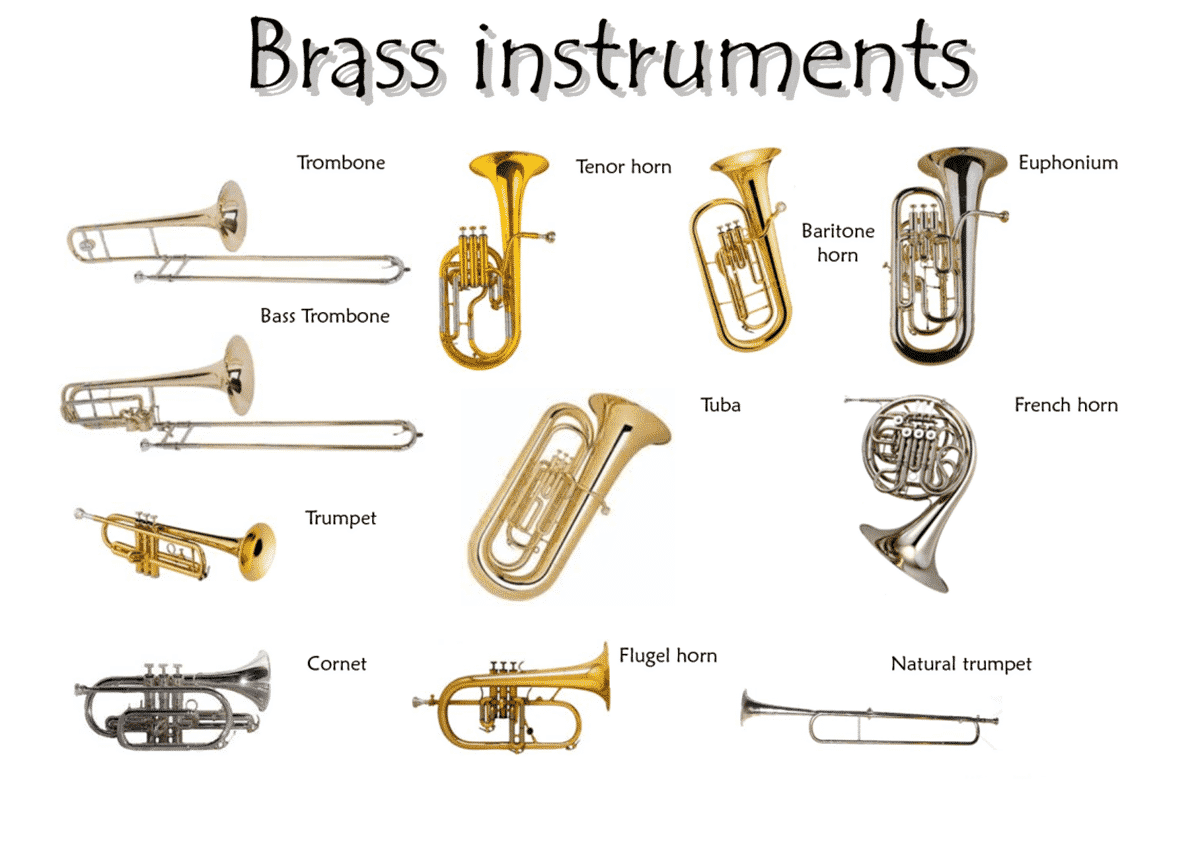 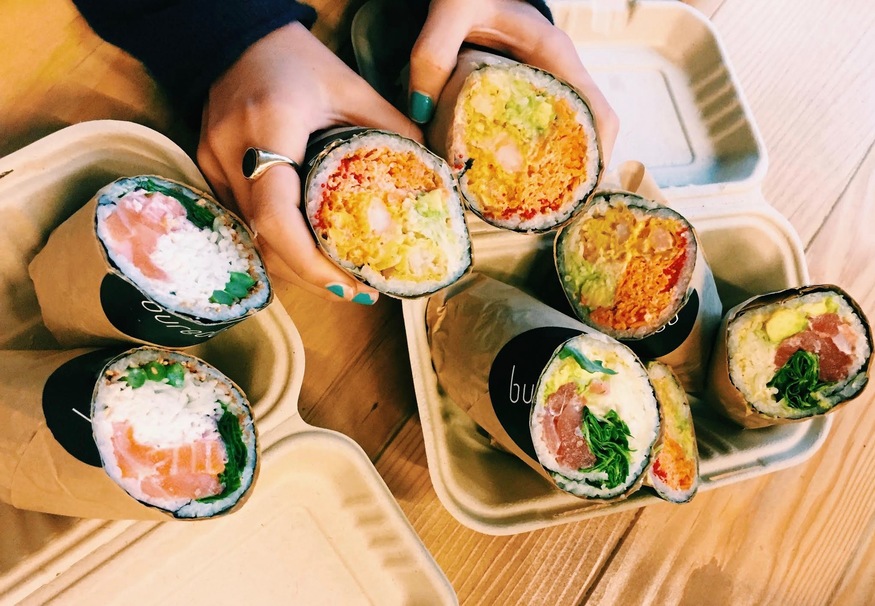 How to read music - Tim Hansen